Advertisement
Advertisement
The Story Of Gharaniq (Gharaniq Incident) - Being the sound of verses "And not an apostle and a prophet We sent before kauÉ" has nothing to do with the story gharaniq it. Moreover, who says that God has eliminated interference incorporated demons and will make the temptation for those who are diseased in his heart and callous; then Allah strengthen their descriptive captions. And Allah knows and Wise.

When the story is examined with scientific investigation it turns out he can not be verified. The first once as evidence is the existence of several diverse sources. It is told as mentioned above - that that phrase is "That gharaniq sublime, indeed intercession can be expected." Another source said: "Gharaniqa sublime, intercession can be expected." The source further said: "intercession can be expected," without mentioning gharaniqa or gharaniq. The fourth source said: "And in fact that gharaniq sublime." Source fifth said: "And they are the actual gharaniq noble, and through them to those who expected." 1 In some books of hadith mentioned the existence of other sources in addition to the five earlier. The existence of diversity in the sources indicate that the tradition was false, and homemade atheist groups, such as Ibn Ishaq said, and the goal is going to instill doubts about the truth of Muhammad and the message of God's call it 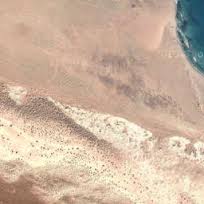 This arrangement is broken, chaotic and contradictory to each other. And kudos to Lat, 'Uzza and Manat last third and reproach in four consecutive verses unacceptable reason and there was no one who would argue so.

That this was no doubt, and that the tradition of gharaniq it is false and fabricated atheist groups with specific purposes. People who love the weird and not think logically, would believe this tradition.

Another argument is that as proposed by the late Sheikh Muhammad Abduh clear in his writings gharaniq denied this story, which is that there has never been an Arab named their gods with gharaniq, either in poetry or in their speeches. Also no news was brought people say, that such a name never used in their conversation. But there are designations ghurnuq and ghirniq as species of water bird names, whether black or white, and the term for white and handsome youth. From all of that, there's nothing suitable to be given meaning god, also Arabs formerly named nobody so.

Staying longer an argument that can be put forward as evidence that it is impossible gharaniq story will be in the history of the life of Muhammad himself. Childhood, as children and as a youth, has never proven he lied, so he was given the title Al-Amin, "the trustworthy," the time has not yet reached the age of twenty-five years. Honesty already is unnecessary diperbantahkan again in public, so that when one day after his ministry he asked the Quraysh:
"What do you all when I say, that on the surface of this hill there is cavalry. Do you believe? "They replied," Yes, you are never in doubt. Never have we seen you lie. "
Advertisement