Advertisement
Advertisement
Complete Story Of Gharaniq - So people who had known from childhood to her so honest, how people will believe that he said something that was not said by God, he will be afraid of the people and not to God! It is not possible. Those who have studied the soul is so strong, so brilliant, so membenteng soul defend truth nor ever any partiality in the matter, will know the impossibility of the story. How we see Muhammad said: If Quraish lay sun on his right, and put in on the left with the intention that he relinquish his duties, will die even if he's not going to do it - how well would say something that was not revealed by Allah to him, and said it is to undermine the principle of religion that therefore he was sent by God as guidance and good news for all mankind! 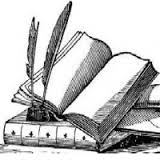 And when he returned to the Quraysh also to praise their gods? Or is after ten years or so years of his apostleship, for the great task he could carry various kinds of torture, such a form-sacrifice, after Allah strengthen Islam by Hamzah and Umar and after Muslims started to become stronger in Mecca, with the news that has spread Similarly to the entire peninsula, to Abyssinia and all corners ?! Such opinion is a legend, a lie that was not valid.

Those who created this story is already feeling that this would be easily uncovered. They then tried to cover it up by saying, that once Muhammad Quraish heard the words that the gods they already have a place as an intermediary, it was so heavy that he felt, so he returned to the Lord repented, and so he went home that afternoon Jibrilpun come. But this veil would be open also. If it is by Muhammad has been quite remarkable, when he heard the words of the Quraysh, moreover he will correct until the revelation at that time as well.

So this gharaniq problem is no basis, in addition to a bouquet that far-fetched by a group that is willing to do ruse against Islam, which occurs after the beginning of the history of Islam. Even more surprising is that because of their carelessness that has been doing forgeries forgery threw them precisely into the heart of Islam, namely into Tawheed! That is precisely because it was also Muhammad was sent, so that forwarded it to mankind from the beginning, and that since then also do not know the meaning budge. And all that is offered to him by the Quraish whatever he seeks in the form of treasure, he maketh even be king over them, not to make it turn. All of it was offered to him, at the time of the Meccans who became his followers are still few in number. At that time the disturbances Quraishi told his friends not to make it recede from preaching that God commanded him, to bear forwarded to mankind. So those who have been targets of forgery against a problem that is so firmly into the handle Muhammad peerless, only shows a carelessness that is not rational, and that shows too, that they are still inclined to believe turned out to have been deceived; something that does not need to let anyone be fooled by it.

So the problem is indeed completely gharaniq has no basis, and absolutely nothing to do anyway with the return of Muslims from Abyssinia. As mentioned above, they come back because Umar had converted to Islam and with the same enthusiasm as before that he was defending Islam, to lead the Quraish forced to hold a peace treaty with the Muslims. Also they returned home when in Abyssinia was raging insurgency. They worry about the consequences. But after Quraysh knew them back, worrying more and more of the magnitude of the influence of Muhammad among them. Quraisypun then make a plan set the next step, which ends with the making of the charter that determines them will not marry each other, buying and selling and mingle with the Banu Hashim, and which has also been agreed between them, will kill Muhammad if it can.
Advertisement