Advertisement
Advertisement
Orientalis And Gharaniq The Sublime Story | Gharaniq Story 2/5 - "That's when they take you to be their friend. And if not we tabahkan your heart, you almost inevitably tend also to those little things. In this case, will we inflict punishment unto doubled, in life and death. Furthermore, you will not have to face Our helper. "(Quran 17: 73-75)
With so back he malign gods Quraysh, and Quraisypun back again hostile and intrusive companions.

Such is the story of this gharaniq, which not a single one of the authors of the biography of the Prophet is telling, as well as experts commentators also said, and not a few among Orientalists who had been such a long time to survive. Obviously there is a contradiction in this story. With a little observation course this can already be aborted. 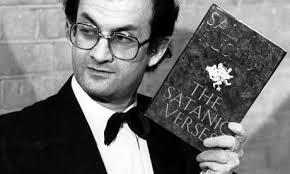 In addition, this story is also opposed to any properties of the sanctity of every prophet in conveying the message of God. It is surprising at all if there is some history writers and commentators Prophet of Islam among themselves that they will accept it. Therefore, Ibn Ishaq does not hesitate when answering a question by saying that the story was crafted by the atheists.

However, those who hold this reason trying to justify it by adhering to the verses:
"And almost alone they were teasing you ..." until the word of God: "And not an apostle or a prophet We sent before you, if he aspires, demons and put disorder into the ideals it. But God blots out the demons put it. Then Allah strengthen his statement captions that. Allah is knowing and wise. What devil put it is a test for those who are diseased in his heart and callous. And those who make mistakes will be in an endless conflict. "(Qur'an, 22: 52-53)

There are those who interpret the word "aspire" with the meaning of "reading," some are interpreting the meaning of "aspire," as it is commonly known. Both of them have each argued - followed by Orientalist-Orientalists - that the Quraysh had reached its peak tormenting companions of the Prophet, there they killed, some are thrown into the desert, licked by the sun that burns, is also weighted with stones as experienced by Bilal. Because he was forced to send them migrated to Abyssinia. Likewise, the people themselves had so rude to him who also subsequently boycotted. But because he was so maintaining their Muslim who has been separated from idolatry, he then approached the polytheists and recited Surah an-Najm by adding more stories gharaniq. After he bowed they too were also prostrate. They then showed a tendency to want to follow him, because he has given place to the gods they were beside Allah.

On this event, which was also mentioned in several biographies and books of tafsir - Sir William Muir take it as a strong argument about the existence of the gharaniq story. Furthermore, the Muslims who had gone to Abyssinia was yet again an interval of three months since they were displaced, who in the meantime they have been granted asylum so well by the Najasyi. If not for tersiarnya news, that between Muhammad Quraish had reached a compromise, of course there is no other motives that will push them back, want to be associated with the family and their relatives. And where also there will be a compromise between Muhammad with the Quraysh, if not Muhammad also are working on it. In Mecca he included a minority with power that is still weak. Also companions still weak to be able to defend itself from interference and abuse of Quraysh.

The reasons they cited, saying that the story was true gharaniq, is a weak excuse and fail the test. Let us begin first by refusing to Muir. The return of Muslims to Mecca from Abyssinia, basically a paddock two reasons:

First, because 'Umar ibn'l-Khattab embraced Islam not long after they emigrated. Umar converted to Islam in the same spirit as when he opposed this religion first. He converted to Islam not stealth. In fact, he openly announced ahead of the crowd and for that he was willing to fight them. He did not want Muslims stealth and sneaking in the crevices of the mountains of Mecca in conducting worship, distanced himself away from the distractions of Quraysh. In fact, he continued to fight the Quraysh until later that he and the Muslims can worship in the Kaaba.
Advertisement