Advertisement
Advertisement
A-Mali | Arab Before Islam PDF Part 4 - The Jews in the Arab countries is the large immigrant, most of them living in Yemen and Yathrib. In addition later Zoroastrian religion (Mazdaisma) Persian upright face the Christian powers so as not to cross the Furat (Euphrates) to Persian, and moral strength so it is supported by a state paganisma wherever he is. The fall of the Byzantine and the loss of power in his hands, is after the movement of the center of the world to the Byzantine civilization.

Symptoms subsequent deterioration is increased many-sekta sekta Christians to cause strife and warfare among themselves. It carries a result of the decline of high dignity faith in joining the debate about the shape and speech, about the extent to which the sanctity of Mariam: is there it is more important than his son Jesus Christ or the child is more important than the mother - a debate that is going on everywhere, a sign that will bring a result of the destruction of what is usual effect.

This of course caused by the dumped contents and skin are taken, and continues to pile up on top of the skin and eventually impossible contents of people will be able to view the contents or will penetrate the skin heap. 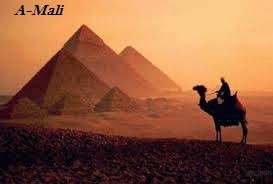 Therefore, life remains fertile idolatry among them, so that the effect so even this up to their neighbors in the Najran Christians and religious Jews of Yathrib, which was originally made concessions to them, and also to accept it. Their relationship with the Arabs who worshiped idols to draw closer to God it was fine.

Which led to the Arabs that remained on paganismanya not only because there is a conflict between Christian sects. Paganisma belief that still lingers among the nations who had received Christianity. Paganisma Egypt and Greece remains influential in the midst of various schools of various kinds and in various sekta-sekta among Christians themselves. Alexandria Alexandria flow and philosophy remains influential, despite being much reduced compared with the early days of the Ptolemies and religion AD. However it remains a pervasive influence in their hearts. Logically that looked brilliant though still essentially sophistic - can also draw paganisma the polytheistic beliefs, that the love of it can be drawn to the power of man.

I think this is a stronger binding the soul is still weak in paganisma, in every age, until we are today. Weak soul was not able to achieve a higher level, the soul which will connect to the universe so that he can understand the unity that is manifest in all the higher, the sublime of all that exists in this form, incarnated in the manifestation of God Almighty . Trust so it just came to a natural manifestation just as the sun, moon or fire for example. Then helpless again reach any higher, which would reveal the existence of a natural manifestation of the unity it.

For weak soul is quite simply the only idols. He will bring the picture is still hazy and low on understanding the nature and unity. In conjunction with the idol and then comes again with all the holy picture, which still can be seen all over the world, though the world who accuse him of modern science and also advanced in civilization. For example, those who have made a pilgrimage to the church of Santa Peter's in Rome, they saw foot statue of St. Peter, which was established in the place was already lined-line because kissed by adherents, so that every time the church was forced to restore the damaged everywhere.

Seeing all that we can understand. They have not nmendapat Lord's instructions to the true faith they see the contradictions of the Christians who become their neighbors and ways of life that still exist paganisma on them, in the midst of their own who still worship idols as a legacy of their ancestors . How we will not forgive them. Such a situation is already so deeply rooted in the whole world, incessantly until today, and I think it will never end. Even this adult Muslims let paganisma it in their religion, a religion that came about to remove paganisma, which came about to remove all worship to anyone other than Allah Almighty.

Ways of idolatry Arabs formerly was a lot of stuff. For those of us who were investigating today it was difficult to be able to know the ropes. The Prophet himself had destroyed the idols and encourage friends to destroy it wherever it is. Muslims are no longer talking about it after all that relates to the influence of the history and literature eliminated. But what is mentioned in the Quran and carried by historians in the second century Hijrah - after the Muslims no longer be tempted therefore - shows, that before Islam paganisma in the form of various kinds, have a high place.

In addition, the show also that the holiness idols were stratified existence. Each tribe or tribe has its own statue as a worship center. God-god even this era of ignorance different also between designations shanam (sculpture), wathan (idols) and nushub. Shanam is in human form made of metal or wood, Wathan likewise made of stone, being nushub is a rock without a specific form. Some tribes do the ways of worship alone. They assume that the rock came from the sky though presumably it is a stone or similar crater it. Among the idols are good homemade presumably originating from Yemen. This is not surprising. The progress of civilization they are not known in the Hijaz, Najd or in Kinda. Unfortunately, the books of the idols is not describe in detail the forms of idols, except about Hubal made of agate in human form, and that once broken arm and by the Quraysh replaced with a sleeve of gold. This is the god Hubal greatest Arabs and placed in the Kaaba in Mecca. People from all corners of the peninsula come on pilgrimage to the place.

Not quite the big idols were only for the Arabs to convey prayers and give sacrifices, but most of them it has also statues and idols in their homes. They surrounded his image when going out or after returning home, and also brought in the course when the statue was to allow it to travel. All of the statue, either the Kaaba or around him, as well as in all corners of the Arab countries or tribes considered as an intermediary between the believer and the great god. They assume his worship to the gods it as an approach to God and worship the Lord has forgotten because they have worshiped idols.
[
Although Yemen has the highest civilization in the entire Arabian Peninsula, which is caused by the fertility of land and irrigation setting good, but he is not the center of attention Saharan countries are stretched, it is also not a religious center. But at the center is the Mecca with the Kaaba as the house of Ishmael. The place to visit and to the same place the release of view. Sacred months are very well maintained than any other place.

Therefore, and as the headquarters of the Arabian peninsula special trade, Mecca is regarded as the capital of the entire peninsula. Then takdirpun want anyway he became the birthplace of the Prophet Muhammad, and thus he became the target of world view throughout the ages. Kaaba Quraish tribe remains purified and still occupy high positions, even though they all remained as people Badwi rough since centuries.
Advertisement