Advertisement
Advertisement
The Cause Of The Quraysh Reluctant Convert To Islam | Quraysh Deeds Part 3/3 - Beyond that, to achieve a higher level of understanding, people have been blinded by worldly goods, the enjoyment of life for a moment he felt. For the worldly interests, to hunt for the moment when they fought and fought. There is nothing that will be able to inhibit them stick nails and their teeth to the neck of truth, goodness and high moral sense of it. Then, the most holy perfection means that by them will be trampled under the feet that have been soiled. 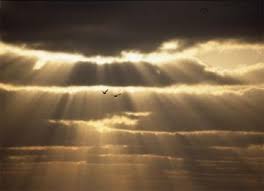 How do we think about the Arabs that Quraish who saw Muhammad growing daily more and more followers? They worry, the truth of which has been proclaimed it one day will master them, will dominate the people who have been loyal to them, which then will spread to the Arabs in the entire peninsula. Before doing so they had to cut his neck out if they can. First they have to do propaganda, boycott, blockade, torture and violence against the enemies of their major.

The third objection because they become followers of Muhammad is that they are scared of the resurrection, and the torments of hell on the Day of Judgment. We already see people who are so immersed in life to have fun in a way exaggerated. They consider it fair trade and usury. For the rich among them that nothing was despised, who should be shunned. In addition, by bringing offerings of all evil and sin they had been able to be redeemed. Someone quite pitted his fate with qidh (arrows) in front of Hubal, before he does something actions. Marks given by the arrows, that orders came from Hubal. In order for the crimes and sins were forgiven by idols, enough slaughter animals to idols. He can be justified to murder, robbery, committed a crime, he is not prohibited from running a prostitution as long as he is able to give a bribe to the gods in the form of sacrifices and slaughter-slaughter.

Now comes Muhammad brought verses so frightening, making them feel heart broken because of the horror, because God is always watching them. On Days Later they will be raised up as a new incident, and that that would be their helper only their own actions.

"When it comes awesome sound deafening. When someone fled from his brother. His mother and father. His wife and his children. Every day people with their own affairs. The faces on that day there were radiant. Laugh and be merry. And there are also gray faces on that day. Closed darkness. They are the people who disbelieve, people who have been damaged. "(Qur'an, 80: 33-42)

And a powerful voice that came. 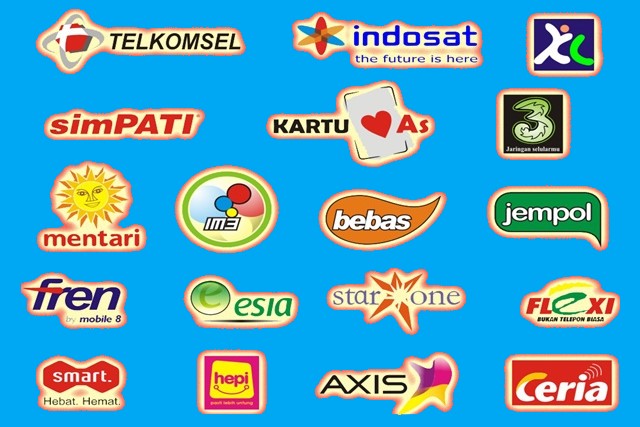 "When the sky is already like metal stampings. And the mountains like a blob of fur. And there will not be asking his close friend. Though they appeared to them. Want all the bad guys will be able to redeem themselves from the torment of that day by giving his children. His wife, his brother. And his family are protected. And all that is in the earth; then he wanted to save himself. Not ever. It was a fire burning. Kepalapun layer uprooted. He called those who have gone back to and being turned away. Which has been storing wealth and hide it. "(Qur'an, 70: 8-18)

"That was the day you are faced would be tried. There would be no hidden deeds. Whoever the letter given to him by the right hand, he will say he is! Read my letter. I believe true already that I would nmenemui calculation. Then he was in the enjoyment of life. In a high garden. Fruit-buahannyapun close. Eat and drink your heart, according to your deeds to be available past. But, whoever is given the letter with his left hand, he will say: Ah, I wish I was not given a letter! And no more I know, how I calculated! Ah, if only I were dead. Wealth can not help me. Destroyed own power. Now take him and belenggukan. After that, throw it into the fire of hell. Then insert it into a chain, seventy cubits long. He had no faith in the Lord Almighty. And none too encouraging giving food to the poor. So, now here no more loyal friend. There is no food for him other than dirt. Which is only eaten by their sinful. "(Qur'an, 69: 18-37)

Have people read it? Have heard? Do not cringe, afraid? This is only a small sebahagian than ever warned Muhammad to the people. We read it now, and before the rose is also read it, hear it, repeatedly. Any depiction of hell contained in the Qur'an live again in our minds, when we read it again.

By feeling the horror of it, people will easily estimate how much real feeling of Quraysh and especially the rich ones, when listening to such words, because before they get a warning about the punishment, they already feel themselves far away and safe from it, in the protection of the gods -dewa and their idols.

Also after that people will easily also estimate how the overflow of passion they rejected Muhammad, held a challenge and insult. They never knew the meaning of the Day of Resurrection, they also never admitted what he hears it. None of them it is imagined, that after people leave this life, he will receive a reward for deeds during his lifetime. But what they are afraid of their lives on the day after that, is that they fear the disease, fear will experience a disaster to property, on derivatives, position and power. Life now is for them is the whole purpose of his life. All their attention was focused to foster all sorts of pleasures and reject all kinds that they fear. For those few days later is the problem of the occult are still closed. In their hearts they feel that if the evil deeds unseen world it may be disastrous to them. Then they look forward to a good or bad address address. Soon they complain that the fate of the game arrows, with the whisk pebbles and refuse burung3 and sacrificial slaughter. All of that is an antidote to all that they fear in their lives later on.

Instead, everything about the reply after death, the resurrection day when the trumpet is blown, the paradise reserved for those who are pious, hell for those who persecute, about all that's never crossed their minds.

Basically they've heard it all in Judaism and Christianity. But they had never heard of the picture that is so powerful and frightening as they hear through the revelation to Muhammad, and that gives a warning to them - will be eternal punishment in the belly of hell, which is very menggamakkan heart because of fear just by hearing his description alone - if they are also such circumstances, rejoice and porpoises berlumba multiply wealth by the oppression of the weak, eating treasure orphans, let poverty and commit usury superfluous. Moreover, if people can see with his conscience the road taken by the man who is so narrow steps during his life towards death, after the revival of the future with all its joys and sorrows.

Instead paradise promised God that extent like the sky and the earth, there would not be heard capable empty, there was also no sin. There is only saying "congratulations." Everything is pleasing, eye menyedapkan that there is. But Quraysh doubted it. And that adds more doubt them because they want everything immediately. They want to see it was a real pleasure in this life. They do not like to wait until the day of reckoning, because they did not believe in the Day of Judgment is.

Perhaps people will wonder how the heart of the Arabs were so tightly closed until not want to accept the perception of the afterlife as well as existing replies. Yet the struggle between good with evil that was raging in human history since the world is growing, never stop and never silent. The ancient Egyptians, thousands of years before Muhammad's prophethood complement their bodies with all the supplies for the purposes of the Hereafter, in his winding placed anyway "Book of the Dead" complete with songs and warnings. In the temples they also described the pictures scales, calculations, repentance and torture. The Indians describe the happy souls in Nirvana. Medium incarnation of evil spirits depicted in the form of beings for thousands and millions of years of tortured until he was swallowed up by the truth, so be holy. Then he came back again to do good, because it wants to reach Nirvana.

Also people Zoroastrians in Persia. They did not reject the struggle of good and evil, the Dark Gods and the Gods of Light. Moses also brought religion, the religion brought Christ, equally depicts the eternal life, the joy of the Lord and His wrath. Now the Arabs. Does not it ever get to them? They were merchants on their way ever to make contact with all religions. How can they not know? How unlikely it will pose a particular perception of them? They are the ones that a lot of the interior in touch with nature off indefinitely. It's easier for them describe spirits contained in this form, incarnated in bright daylight or at dusk lit at dusk pitch. The spirits of good and evil, the spirits that they consider latent within idols that will bring them to the Lord.

So of course they also have a concept about the spirit world that is around them. However, they are as a community of traders, their souls are more likely on a real course. Also because of their penchant life fun, drinking, altogether they reject the reply days later. What is gained people in his life, according to their opinion, good or bad is the reward for his actions. And there was no reply again after this life. Hence the revelation that contains a warning and a tidbit on the first apostolic mostly down in Mecca; because he wanted to save their souls, where Muhammad was sent it. It is fitting also when he reminded them of sin and error they have done it. It is fitting also when he wanted to lift them out of the valley of idolatry to worship God the Single, So Powerful.

For the sake of the family and the spiritual salvation of mankind entirely, Muhammad and those who believe, willing to endure all kinds of torment and sacrifice, to suffer spiritually and physically, and then left the homeland, away from the hostility relatives, who skim already we see above. And as more and more in love Muhammad to them, the greater the desire to save them, any he experienced suffering and torment greater than they were. Day of Resurrection and the Day of Judgment is the verses that should be warned to them to help them from disease and gelimang paganisma yang.menimpa their sins. In the early years the incessant revelation warned and open their eyes.

Even though so they remain persistent do not want to admit, still refuse, to the extent that they are compelled wage war to the death. Hazards and disasters of war it had extinguished after Islam got the victory, after placing God above all religions.

3. Refuse birds means birds pelted with stones
throw pebbles or by voice. If the bird flies to the right, then the bad address.