Advertisement
Advertisement
The Return Of Those Who Migrated To Abyssinia Story Garaniq Part 1/5 - THE Muslims who migrated to Abyssinia spent three months there. Meanwhile ibn'l-Khattab Umar had also converted to Islam. Once the refugees have learned that the Quraysh had started receding from disturbing Muhammad and his followers - after Umar converted to Islam - according to a source, many of them it was the back, and another source said all they were returned to Mecca. But once they arrived in Mecca, the Quraysh back turns torturing Muslims, even harder than I've ever experienced by the displaced first. There are some of them returned to Abyssinia, some are entering Mecca or near-proximity with stealth. It was said, that they are returning it brought with it a number of Muslims and they have lived in Abyssinia until after the Hijrah and after the state of Muslims in Medina to be more stable. 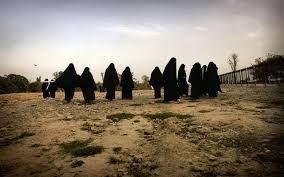 What was the motive that drives the Muslims in Abyssinia was back after three months they lived there? This is where the appearance of the story gharaniq it is shunted by Ibn Sa'd in At-Tabaqat'l-Kubra and by At-Tabari in Tarikh'r-Rusul-wal-Mulk, who is similarly shunted by experts among the Muslim commentators and authors author of the history of the Prophet, and then taken also by a group of Orientalist-orientalists in a long time by their retained.

The emergence of the gharaniq story is, after Muhammad saw Quraysh away from him and his companions in torment. He hoped against hope, saying: I have no command Try anything that would alienate them from me. He gathered his party and they are together on one day sitting in a meeting place around Mecca. To them he read An-Najm to the word of God: "Did you notice Lat and 'Uzza. And it Manat, the third, the last? "(Qur'an, 53: 19-20) After that then also recited:" It gharaniq sublime, indeed intercession can be expected. "

emudian he continued to read the whole chapter until at last he bowed. When that everyone participate prostrate, nothing is missed. Quraishi parties expressed satisfaction over what has been read Muhammad's.

They said: "We know already that God is turning on and off, creating and giving windfall. But our gods have become our intermediary Him. If it turns out he also thou dost place, then we also agree with you. "

Thus there goes their disagreement with it. The event then spread to the general public until well into Abyssinia. Muslim party and said: There is no close our families our much loved. Then they come back home. If at noon they came near Mecca they met with the caravan Kinana ago and his entourage even then answered: He mentions their gods well and they then follow. Then he turned again denounced their gods and they were then hostile again. Their actions were discussed by the Muslims. Not anymore they want to meet the family, and they then entered Mecca.

Why then Muhammad turned not want to mention the gods of Quraysh well - according to some sources that noted this news - is that he can not stand on greeting Quraishi: "If the gods we also thou dost place, then we also agree with you, "and because when he was sitting in his house until late Gabriel came and asked:

"I brought my two children this sentence to you?" By pointing to "It gharaniq sublime, intercession can be expected."

Muhammad replied: "I said something that was not said by God."

"And almost alone they were teased you about what we've revealed to you, that you may want in the name of We falsify it with the others."