Advertisement
Advertisement
Quraysh Deeds -The Story Of Conversion To Islam Umar Bin Khattab Ra | Umar Islam has brought weakness to the body Quraish because he entered this religion with the same spirit as when he opposed it first. He converted to Islam not secretly, even openly announced ahead of the crowd and for that he was willing to fight them. He did not want Muslims stealth and sneaking in the crevices of the mountains of Mecca, will conduct worship away from the distractions of Quraysh. In fact, he continued to fight the Quraysh, until later he and the Muslims can worship in the Kaaba. Here Quraysh realized, that the suffering experienced by Muhammad and his companions, will not change the will of the people accept the religion of Allah, and then shelter to Umar and Hamzah, or to Abyssinia or to anyone who is able to protect them. 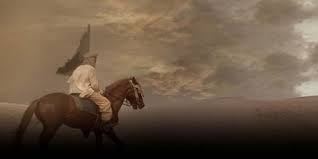 Quraysh then plan again set the next step. Once agreed, they make a written agreement with the mutual agreement to hold a total boycott against Banu Hashim and Banu Abd'l-Muttalib: to not interbreed-marry, not buy and sell to each other whatsoever. Charter agreement is then hung inside the Kaaba as a confirmation and registration for the Kaaba. According to their estimates, the negative political, politics let people starve and do like this boycott will give more effective results than the political violence and torture, despite the violence and torture that they did not stop. Blockades were done Quraysh against Muslims and against the Banu Hashim and Banu Muttalib Abd'l been running for two or three years, with expectations while the Muhammadpun will be abandoned by their own people. Thus he and his teachings were no longer dangerous.

But it turns out Muhammad himself even more firmly adhered to the guidance of God, also his family, and those who have more persistent berimanpun maintain and defend the religion of Allah. Spreading the Islamic call to get out the Mecca border was not able to also prevented. So mightily preaching it to the middle of the Arab communities and tribes, so that makes this new religion, which was only confined to the circle in the middle of the mountains of Mecca, now echoes reverberate throughout the peninsula. Quraysh more diligently thinking about how to combat those who have violated the customary habit and rejects the gods it, how to stop the teaching tersiarnya among Arab tribes, the tribes that can not live without Mecca and Mecca also could not live without them in the trade, the import and export activities to and from the capital city.

Quraishi devote all its activities in the fight against those perceived already violated their habits, breaking their trust and confidence that their ancestors. With steadfast and continuously over the years, what have they done to destroy this new doctrine, indeed beyond which we can imagine. Muhammad threatened, family and ninik-mamak, threatened. He was mocked, ridiculed teachings. He jeered, and people who became followers also harassed. Poets they brought so taunted, so deteriorate-burukkannya. He was disturbed, and those who became followers insulted and tortured. He want to be bribed, offered the kingdom, offered all the yearning people. Comrades-in-arms were expelled from the country, the trade and the door of fortune they are frozen. He and his companions were threatened with war and its consequences are terrible.

Finally blockade, will be left to die of starvation if possible.

But, though so, Muhammad remained steadfast. By way of a very good stay he invites people to accept the truth, that just because he was sent by God to mankind, as a bearer of glad tidings, and warning. Is not the time has come Quraysh put down his gun, and believe Al-Amin, people he knew since childhood, from the time of youth, as an honest man, never lie !? Or whether they've been looking for a tool other than weapons of war as mentioned, and then imagined by them, that by doing so they will win the war, and the position of their idols will be maintained as the center of their deity as they had expected, and will be maintained as Mekahpun museum idols and sanctified place because of the idols would remain in Mecca ?!

No! Yet it came time for the Quraysh would submit and surrender. They are now in the peak of worrying when Muhammad's appeal will be spread among the Arab tribes after the first spread in Mecca.

Stay one more weapon in their present from the beginning has become a grip and force them, namely propaganda weapon: propaganda with all its implications in the form of debates, arguments, verbal abuse, the spread of rumors and degrading nature of the arguments opponents with regard own reasons better. Propaganda against faith and creed carrier accompanied by accusations addressed to him. Propaganda is not just limited to Mecca alone - in fact make this Mecca is no longer required as compared to other inland regions and tribes-clan, the peninsula peninsula and all its inhabitants.


By holding the threat of persuasion, terror and torture, propaganda is no longer required for Mecca. But for thousands of people who came to Mecca every year still required. They come in matters of trade and pilgrimages. They gathered in the markets' Ukaz, Majanna and Dhul-Majaz, which later pilgrimage while slaughtering the sacrifice, expecting a blessing and forgiveness.

Therefore, since the mounting hostility between the Quraish with Muhammad occurred to them will draw up a propaganda tool of anti Muhammad. More persistent again they thought of this after the people who make pilgrimages were invited in order to worship only one God and not allied. This has occurred to him since the first years of his apostolic it. In the beginning, since apostolic times, he was a prophet, until the coming of the revelation told he warned their families were close. After he warned the families of Quraysh and was among those who accept Islam, in addition to many are still stubborn and unwilling to thinking first, he was obliged to invite his own people, the entire Arab community, to then pass on the duty to invite all the people human.

Once thought would invite people who come on pilgrimage from various Arab tribes that worship of God, some people from the Quraish came to negotiate and hold meetings at home Walid bin'l-Mughira: It means that in the face of Muhammad was one problem they do not contradict each other , and not deny each other about what they should say to the Arabs who came the pilgrimage season. There are proposed, in order to say it, that Muhammad was a shaman. But al-Walid reject this argument, because what was said Muhammad is not a turn-haw a shaman. Others propose again, that Muhammad was a madman. Walidpun reject this argument, because symptoms do not appear on such charges. There is more to suggest that Muhammad is said to be a witch. Also here Walid refused, because Muhammad did not do secret work soothsayer or something sorcerers.

There was a discussion after the end Walid suggested that the pilgrims Arabs it is said that he (Muhammad) an interpreter dazzling lights, 1 what it says is a charm that would divide people with his parents, with his brother, with his wife and family , And what is alleged in the Arab settlers is evidence, because the Meccans had overwritten division and hostility. Whereas before the Meccans is an example of solidarity and the most powerful bond

Quraysh in the pilgrimage season soon to meet people who come on pilgrimage to warn them not to listen to that person and the charm of the language. Lest they suffered a disaster as experienced by residents of Mecca and became a slander fire that will burn the entire Arabian Peninsula.

But propaganda like this can not stand alone, nor can it resist the dazzling illumination already believed that person. If it is indeed the truth brought by the dazzling illumination, what's wrong with the trust? Is there any time when people recognize the weaknesses and expressed opposition to a powerful propaganda? In addition to the propaganda of the Quraysh should have another propaganda. For propaganda that the Quraish would get on Nadzr b. Harith. This is a ghost human Nadzr Quraysh, people who never went to Hira and learn the story of the Persian kings, the rules of his religion, his teachings about good and evil as well as on the origin of the universe. Each in a meeting Muhammad inviting people to Allah, and warn them about the consequences that has befallen previous nations that oppose worship to God, he then came to take the place of Muhammad in the meeting. Berceritalah then he told about the history and religion of Quraysh and said: In what way Muhammad brought the story better than I? Did not Muhammad read stories read to the ancients as well? Quraisypun then spread stories Nadzr it with the recalled again as propaganda for the warning and a call Muhammad to them.
[
In the meantime, in Marwa Mohammed often sit with a Christian slave who supposedly named Jabr. Quraysh accused, that most of what Mohammed brought that, Jabr is what teaching. If there are people who want to leave the trust ancestors, then Christianity is this more mainstream. So is this accusation that rumor rumored by Quraish. For that comes the Word of God:

"We do know that they say; who teaches it is a human being. English people they accused the foreign language, while it is clear Arabic language. "(Qur'an: 16: 103)
With such propaganda and the like Muhammad Quraishi fight again with the hope of more potent than the nuisance that is experienced and torment followers. However, the strength of the truth in a clear and simple form described by the sayings of Mohammed, is higher than what they say. The more a day also it continued to spread among the Arabs. Tufail b. 'Amr ad-Dausi, a nobleman and poet scholar, when it comes on immediately contacted by the Quraysh of Mecca with Muhammad and warned of dazzling words, who want to divide people by their families, even with himself. They fear that such events Mecca it would happen to them as well. So you should not invite and do not listen to him talk.

That day Tufail go to the Kaaba. Muhammad was there. When he listened to the words of Muhammad, it turns out that the words are good. "Let me die, I'm a scholar, a poet," he said to himself. "I can get to know which ones are good and which are bad anyway. What is wrong if I listen to myself what would people say it! If it turns out well I'll accept, if bad will leave. "

Muhammad followed up at home. Then say what comes to the heart. Muhammad offered Islam to him and recited verses from the Koran. The man was immediately accepted Islam and declared that truth by saying the Shahada.